Ok so most people don’t even have Windows 7, and those that do are more than happy enough with it as it is, however this isn’t slowing the MS engineers from developing Windows 8.

According to a roadmap constructed over at Microsoft Kitchen — based around whispers heard through the grapevine on the eventual release of the next Windows Server — the next iteration of Windows is tentatively pegged for release in the year 2012. 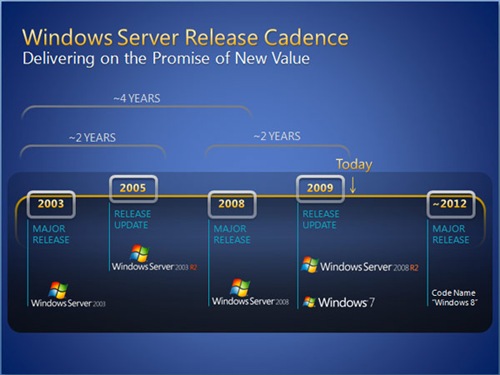